As President of the Plymouth Law Society, Steven played host to 127 lawyers, barristers and guests from the Plymouth area and nationally at the Duke of Cornwall.

Officers from other local law societies were in attendance and are pictured with Steven and wife Alison below. 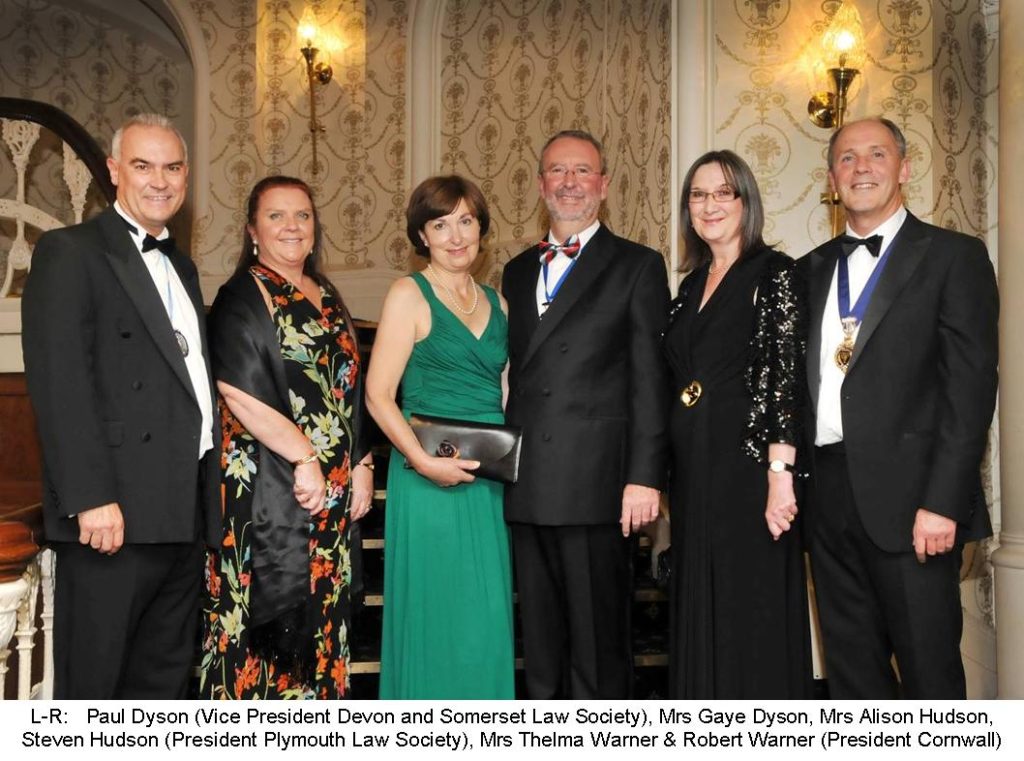 Steven would like to thank Marsh for their sponsorship of the event which has helped to raise money towards the President’s nominated charity, Help for Heroes.  Marsh were represented at the dinner by William Cooper (pictured below).  Richard Lupton, South West Regional Co-ordinator for Help for Heroes attended to raise awareness of the vital work that the charity does.  In thanking Steven for nominating Help for Heroes as Plymouth Law Society’s chosen charity this year, he said that any money raised would be used to support service men and woman through its hospital and rehabilitation centres, including Hasler company based at HMS Drake in Plymouth. 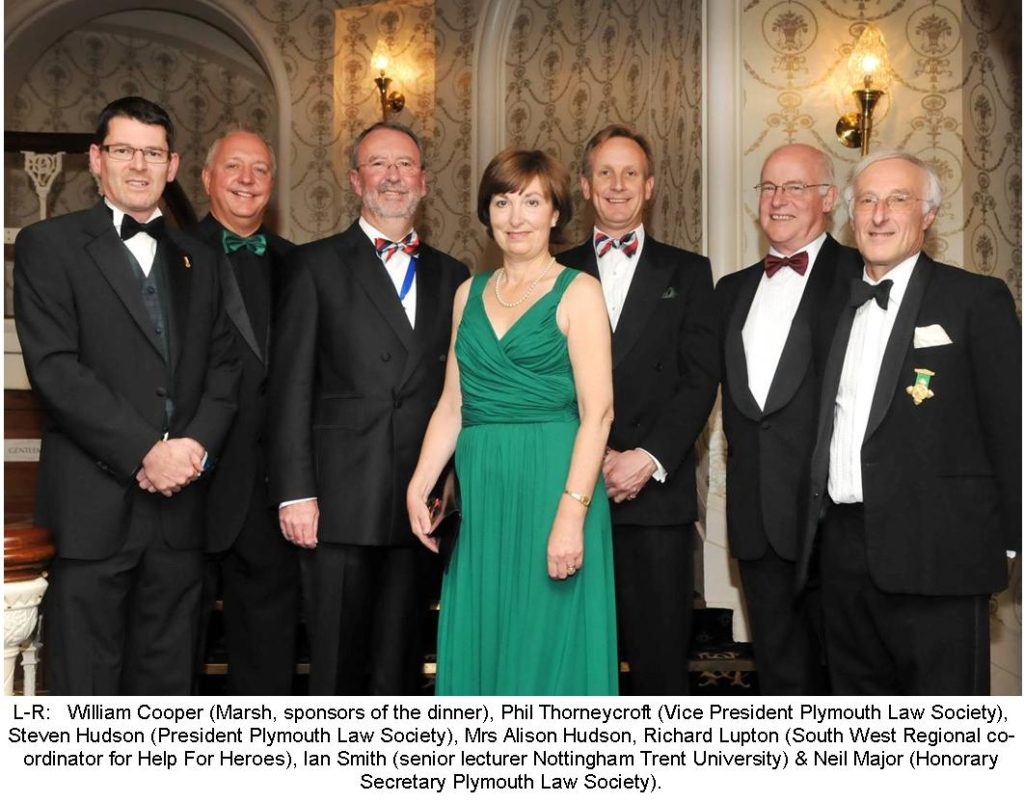