Top Plymouth lawyer fears court system is only for the rich 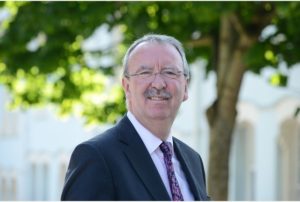 THE new president of the Association of South Western Law Societies says he has real concerns justice is becoming the preserve of the rich.

Steven Hudson, managing partner at Plymouth Solicitors, Gard and Co., said changes to the legal system are in danger of excluding many ordinary people and causing “chaos” in the process.

Mr Hudson is particularly worried about Government cuts to the legal aid system, the introduction of employment tribunal fees, court closures and the increase in court fees – which could reach £20,000, in some circumstances, before a case is even heard.

Mr Hudson said the changes are posing a threat to law firms, already stretched by economic factors, and fears the public may not have grasped the significance for them and the court system.

“My fear is the court system will become the preserve of those with the money to pay for it,” he said.

“I’m particularly keen on access to justice. There should be justice for all, not the well-heeled and privileged few.

“We have got to make sure we protect the weak and vulnerable.”

He described the challenges facing the legal profession as “significant and dramatic” and said that in Plymouth about eight firms have “disappeared” during the past five years.

He said he aims to “speak up” for law firms he sees as “heroically” providing a service for people needing representation.

“I wonder if the public appreciates the extent that the justice system is being eroded by the changes that are happening?” he said.

“Part of the problem is the public looks at lawyers and thinks they are privileged.

“But I don’t see it that way, I see lawyers as guardians of fairness.

“Solicitors aim to preserve access to justice – it’s never been under so much threat.”

He said cut backs to the publicly funded legal aid system have had the consequence of civil and criminal courts becoming “clogged with litigants in person”.

“It’s in the interests of the profession not to see the legal system fall into chaos.

“It’s right the courts should modernise, and seek efficiency, but I question whether they are achieving their goal.”

The ASWLS was formed in 1948 and represents about 10,000 solicitors in the law societies of Plymouth, Cornwall, Devon and Somerset, Bristol, Monmouth, and Gloucester and Wiltshire.

The presidency is rotated around societies. This year it is Plymouth’s turn to appoint someone.

“They thought I was the right man,” said Mr Hudson, who was president of Plymouth Law Society in 2012. “It’s pro bono, not paid, and a sacrifice in terms of time.”

Mr Hudson said that while it is the national Law Society’s role to lobby and challenge changes to the justice system, his position as ASWLS president means he can keep a check that those functions are being carried out satisfactorily.

“My role is to represent the grass roots opinions of our members, but at the same time focus on the greater good,” he said.

“If I can soften some of the things that are going on, that would be a success.

“It’s not an ideological crusade, but I’m concerned our views are not being taken account of.

“And the public needs to know more about what’s going on.”

Mr Hudson said the legal community has, however, changed for the better and is now more diverse than when he graduated in 1979.

“I didn’t like the profession I joined,” he said. “It was a bit of a gentlemen’s club.

In that respect the profession has come of age.”

This is a verbatim copy of an article that first appeared in The Herald on 17th September 2015.